The path to a research breakthrough is often long and full of surprises, and vaccine research is no exception. In a study with mice conducted 12 years ago, researchers from the University of Copenhagen discovered a new technique which they believed could improve the prevention and treatment of both viruses and cancer. Now the technique’s effect on humans has been confirmed. 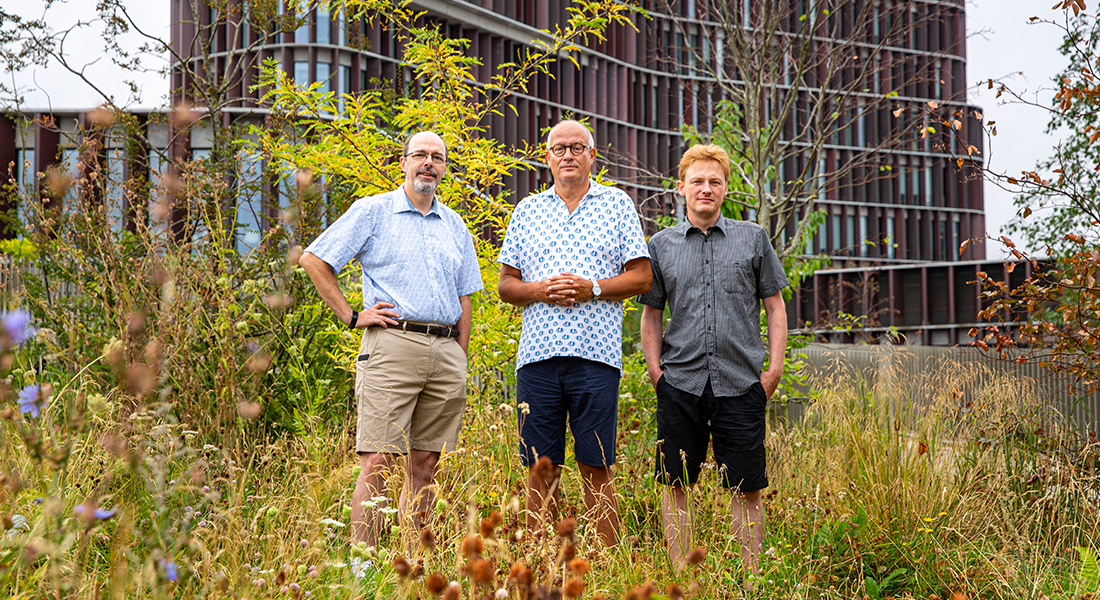 In 2008, researchers from the University of Copenhagen published a promising discovery. They had learned that the so-called invariant chain molecule – a molecule used by the immune system to train its cells – could be used to significantly strengthen the immune response to viruses. At least in mice on which the study was based. UCPH and the researchers, Allan Randrup Thomsen, Jan Pravsgaard Christensen og Peter Johannes Holst, patented the discovery and sold the licence to further explore its potential to the international pharmaceutical company GSK.

Today, 12 years later, the fruit of the three researchers’ work is almost ripe: The usability of the discovery on humans has been confirmed. In new clinical trials, a hepatitis C vaccine with the invariant chain molecule prompted a much stronger immune response than one without it. So the technique can make vaccines more potent – and not just this vaccine. It applies to a number of vaccines against viruses and cancer types based on this technique.

How does it feel to strike scientific gold on this scale? Why did it take so long to confirm the effect on humans? What is the next step? We have asked the three researchers ...

What did you discover 12 years ago?

Allan: ’We discovered a way to insert an intensifier into vaccine DNA and make it easier to achieve a strong immune response. There are a series of virus groups that can otherwise be difficult to immunise against’.

Peter: ‘We knew that invariant chain played a part in training the so-called helper cells, the ones who e.g. are infected with HIV. What our test showed was that when viruses try to cheat the immune system, the same molecule steps in to train killer cells. The immune system has thus been supplied with a system that serves to identify anything that is stuck in “invariant chain” and to do it effectively and quickly. I believe it is the immune system’s way of trying to prevent the virus from side-lining key elements’.

Jan: ‘Our goal was really to try to produce more helper cells, but the technique turned out not to be suited for that. At any rate, it was much better at producing killer cells’.

Allan: ‘And killer cells play a key part in virus infections, so it was a blessing in disguise. After all, this shows how science often takes an unexpected turn: You have a working hypothesis, get different results, and then you must be able to pick up these different results and study them instead of just throwing them away’.

At the time, what did you think the discovery could lead to?

Allan: ’When we got the first result, I thought: No way!’

Jan: ‘Ha ha. We thought: Peter has infected them, not vaccinated them’.

Peter: ‘I was more optimistic’.

Allan: ‘Peter was a PhD student working in our laboratory. He was the youngest, and he was the one who had done the experiment. My immediate reaction was: “He must have got something wrong here, because it cannot be right; it works too well”. And then we sent him back in there to repeat the test, and, well, I never, it worked’.

Peter: ‘We tested it on a number of different virus and cancer genes, and there was every indication that when using this technique, you almost always got a good vaccine’.

Jan: ‘It is a very robust technique. You almost cannot screw it up’.

Peter: ‘We are able to do things we could not do before. A couple of years ago we published a story on HIV in monkeys, and here we were able to develop a vaccine using a couple of genes that had not shown a positive response before’.

What do the new results entail?

Allan: ‘Back then we worked with mice, and you can never be certain that it is transferrable. But now it has been tested on humans. The process is complete, and we can begin to unfold its potential. In particular, it can be used to fight the types of infections where a positive result depends on killer cells. And that applies to a lot of viruses and cancer types’.

Jan: ‘A lot of researchers are studying adenoviral vectors (gene carriers that do not integrate in the cells, red.) in vaccine contexts. And once we know that our technique can be used on humans, it may be inserted into all kinds of adeno vectors, strengthening them, including the new corona vaccines. Some of them are adeno-based’.

How does it feel to see your work bear new fruit after so many years?

Allan: ‘It feels good! At some point in the process I thought that I would never see it have an effect on humans, so seeing the work be published has been huge’.

Peter: ‘The technique that has now been tested on humans is based directly on our design 12 years ago. So it sometimes hits me – the thought that we could have done it ourselves back then if we had had the funding and not made any wrong decisions’.

So why did it take so long?

Jan: ‘Clinical trials are expensive and you need to convince some people to develop the vaccine and fund the trials. So if you do not have the funding or have not been able to attract the attention of a company, the outcome can be a matter of coincidence’.

Allan: ‘Of course, vaccine research is only interesting when there is a need for it, e.g. now with corona virus. Then all of a sudden, billions are funnelled into vaccine research, but in the intervening period it can be very difficult. The Ebola vaccine was already in the pipeline once the great epidemic hit West Africa, so we were able to act fast. However, before that, no one had wanted to invest in further developing the clinical results. When Oxford has come so far in developing a corona vaccine it is because the department in question has received funding over a long period of time, before COVID-19 struck. It is a tough process’.

Jan: ‘Funding is attracted to areas with the greatest need at the time in question. So the great challenges are often the ones driving research onwards. We still suspect Peter of having planted the corona virus to be able to continue this research’.

How far will this research have come 12 years from now?

Peter: ’There will be cancer studies, where you try to cure cancer patients using this technique. It is promising. I also believe there will be an effort on virus diseases, and that we will be involved. I have set up a biotech company that is currently doing an EU project on chronic infection with papilloma virus, which produces genital warts – and throat cancer, which I suffered from recently by the way. And then there will be an effort against HIV. We can do things using this technology that I believe in … If I am right, we will have an HIV vaccine 12 years from now’.

Jan Pravsgaard Christensen and Allan Randrup Thomsen are still professors at the Department of Immunology and Microbiology at the Faculty of Health and Medical Sciences, University of Copenhagen. Today Peter Johannes Holst is co-founder and CSO of the biotech company InProTher, which focusses on treatment and prevention of viruses.

The new study was published in Science Translational Medicine in June 2020 and authored by the three UCPH researchers, among others. The study that discovered the effect of invariant chains on the immune system was published in the Journal of Immunology in March 2008. Its list of authors also included Maria Rathmann Sørensen, Camilla Maria Mandrup Jensen and Cathrine Ørskov.