The Earth formed much faster than previously thought

By measuring iron isotopes, researchers from the University of Copenhagen have shown that our planet originally formed much faster than previously thought. This finding provides new insights on both planetary formation and the likelihood of water and life elsewhere in the universe. 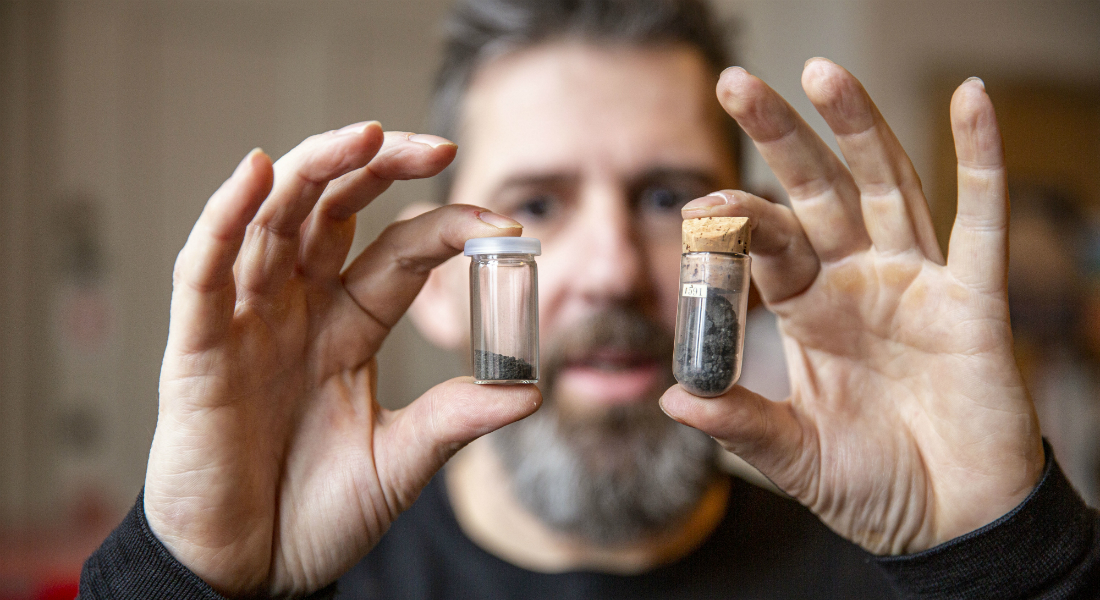 The precursor of our planet, the proto-Earth, formed within a time span of approximately five million years, shows a new study from the Centre for Star and Planet Formation (StarPlan) at the Globe Institute at the University of Copenhagen.

On an astronomical scale, this is extremely fast, the researchers explain.

We start from dust, essentially. Millimetre-sized objects, all coming together, raining down on the growing body and making the planet in one go.

If you compare the solar system's estimated 4.6 billion years of existence with a 24-hour period, the new results indicate that the proto-Earth formed in what corresponds to about a minute and a half.

Thus, the results from StarPlan break with the traditional theory that the proto-Earth formed by random collisions between larger and larger planetary bodies throughout several tens of millions of years – equivalent to about 5-15 minutes out of the above-mentioned fictional 24 hours of formation.

Instead, the new results support a more recent, alternative theory about the formation of planets through the accretion of cosmic dust. The study's lead author, Associate Professor Martin Schiller, explains it as follows:

‘The other idea is that we start from dust, essentially. Millimetre-sized objects, all coming together, raining down on the growing body and making the planet in one go,’ he says, adding:

‘Not only is this implication of the rapid formation of the Earth interesting for our solar system. It is also interesting to assess how likely it is for planets to form somewhere else in the galaxy.’

The bulk composition of the solar system

The key to the new finding came in the form of the most precise measurements of iron isotopes that have so far been published scientifically.

By studying the isotopic mixture of the metallic element in different meteorites, the researchers found only one type of meteoritic material with a composition similar to Earth: The so-called CI chondrites.

The researchers behind the study describe the dust in this fragile type of meteorite as our best equivalent to the bulk composition of the solar system itself. It was dust like this combined with gas that was funnelled via a circumstellar accretion disk onto the growing Sun.

This process lasted about five million years and our planets were made from material in this disk. Now, the researchers estimate that the proto-Earth’s ferrous core also formed already during this period, removing early accreted iron from the mantle.

Other meteorites, for example from Mars, tell us that at the beginning the iron isotopic composition of material contributing to the growing Earth was different. Most likely due to thermal processing of dust close to the young sun, the researchers from StarPlan explain.

If the theory of early planetary accretion really is correct, water is likely just a by-product of planet formation.

After our solar system’s first few hundred thousands of years it became cold enough for unprocessed CI dust from further out in the system to enter the accretion region of the proto-Earth.

‘This added CI dust overprinted the iron composition in the Earth’s mantle, which is only possible if most of the previous iron was already removed into the core. That is why the core formation must have happened early,’ Martin Schiller explains.

‘If the Earth’s formation was a random process where you just smashed bodies together, you would never be able to compare the iron composition of the Earth to only one type of meteorite. You would get a mixture of everything,’ he adds.

Based on the evidence for the theory that planets form through the accretion of cosmic dust, the researchers believe that the same process may occur elsewhere in the universe.

This means that also other planets may likely form much faster than if they grow solely from random collisions between objects in space.

The theory makes the ingredients of life, as we know it, more likely to be found elsewhere in the universe

This assumption is corroborated by the thousands of exoplanets – planets in other solar systems – that astronomers have discovered since the mid-nineties, explains Centre Leader and co-author of the study, Professor Martin Bizzarro:

‘Now we know that planet formation happens everywhere. That we have generic mechanisms that work and make planetary systems. When we understand these mechanisms in our own solar system, we might make similar inferences about other planetary systems in the galaxy. Including at which point and how often water is accreted’, he says, adding:

‘If the theory of early planetary accretion really is correct, water is likely just a by-product of the formation of a planet like the Earth – making the ingredients of life, as we know it, more likely to be found elsewhere in the universe’.

Read the research article in Science Advances: ‘Iron isotope evidence for very rapid accretion and differentiation of the proto-Earth’

The study was supported by the Danish National Research Foundation and European Research Council.

Until 30 August 2020, StarPlan curates the exhibition 'Meteorites - A Journey Through Time and Space' at the Natural History Museum of Denmark. Here, you can experience various meteorites, including CI chondrites.